Skip to content
Ka’Mel Lauryn: Everyday I am inspired by my family and their drive for their passions.
Stories

Ka’Mel Lauryn: Everyday I am inspired by my family and their drive for their passions.

Introduce Yourself/Tell About Yourself: Ka’Mel Lauryn pronounced (Kah Mel Lah rhen) Birth name Kayla Amel McDaniel was born December 30th, 1996 in Baltimore , MD. Ka’Mel Lauryn is a creative by Singing , Acting , Hosting, Song / Scriptwriting , Creative Direction and Creative Healing . She has been Acting and Writing since the age of 4 and Singing since she could remember . Through the years she has received training in different areas at the Eubie Blake Center in Baltimore as well as the Twiggs Program at Baltimore School for the Arts .
In Highschool she attended Mergenthaler Vocation Techinical Highschool . Where her trade was Cosmetology . She Received a certification of completing her 1500 for her trade . Was also involved in Drama Club as the President of the New Lakeside players . In which she was a performer . As well as stage hands for school functions . She also was involved in the Make it happened Foundation Business program by Kevin Liles at Morgan State University. The Program was sponsored by EDAC and EYE For Change both Non profits for Entrepreneurs . She continued to work with the Non profits and became Youth Chair for EYE for Change’s “EyeCon” Youth Entrepreneurship Conference.

In her college career Ka’Mel Lauryn resided in Baltimore City where she attended Morgan State University. She was member of Morgan’s Choir under the direction of Dr. Eric Conway. She toured locally with Morgan’s Choir some of the performaces include performing with the Baltimore Symphony Orchestra as well as the swearing in ceremony of Attorney General Lynch.
She received her Bachelors in Theater Arts in 2018 from Morgan under the direction and mentorship of the late Dr. Shirley Basfield Dunlap. At Theater Morgan she had the opportunity to write and produce Theatre and Film Projects.

Currently she resides in Atlanta , GA . Where she is records her Music , writes Scripts and produces content with Connected Vizualz . As well as Is a Host and Blogger for The Modern Crwd.

What Inspires You Every day? : Everyday I am inspired by my family and their drive for their passions . I am also inspired by the creative projects I come across daily through social media , in person , TV or YouTube .

What is some words of wisdom you live by?: Be A leader not a follower – My Father said that growing up to teach me to beat to my own drum and come up with my own ideas as well as not falling into peer pressure .

Manifest the reality you want –

What is your ultimate goal in life? : My Ultimate Goal is to use my Creativity to Heal People . Everyone has a story and everyone is impacted by something . So I want to use my own vulnerability of my stories as well as stories that people will allow me to share through all forms of art in order to help people .

How have you been during the pandemic and how has it affected you? : During this pandemic I’ve been up and down . I’ve had some losses and I’ve had to adapt to how the world has changed . But I’ve also become more spiritual and knowledgeable during this time . So out of the pain and changes I’ve found beauty and I’ve become more business oriented . My mental health has fluctuated however scenarios I thought I couldn’t handle only made me stronger .

What is a positive message you would like to give others? : I would like to leave others with an affirmation I have . “ It is ok not to be ok but you must get back up “ I tell myself that daily or at least I try . I say it more when I’m going through something . The message means that through it all it’s fine to feel sad or angry at times or to just not understand how you feel . But after acknowledging your feelings get back up and on your grind don’t give up . That message reminds me of Beyoncé’s 24hr rule and Drake’s 72hr rule . Which basically means take 24 hours to feel every emotion in a situation and then let it go and work on moving forward . Also if there’s nothing that will really change the situation and if it will be forgotten about or not as important and 72hrs don’t worry about it . 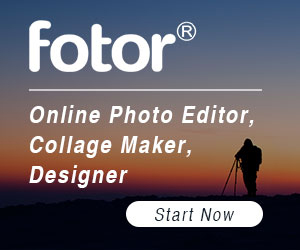